A lot can happen in seven years. For a car, seven years can be the difference between baby seats or muddy Saturday morning football practice runs. Seven years can mean countless trips to the in-laws, to school and back, the supermarket, the seaside, collecting a trunk full of memories on the way.

Ordinarily, one would assume the natural laws of time would slowly creep in, with visible signs of wear and tear on your beloved car. But not when you own a Kia. It’s high quality durability has been proven through rigorous testing, and the promise of its 7 Year Guarantee.

To celebrate this, Dutch agency XXS and the Creative Studio team at Glassworks Amsterdam bring the KIA 7 Year Guarantee promise to life in colourful and surprising ways with the film ‘7 Years in 7 Seconds’ for KIA Netherlands.

The spot opens with a wide shot of a KIA Proceed GT-Line standing in what appears to be a traditional car testing environment. However, as the on hand technician presses his green button to begin, the test quickly turns into 7 seconds of playfully re-imagined mechanisms, simulating everyday scenarios our hard working KIA car would go through during an average 7 years.

Although only a short test, the car is subjected to a number of trying conditions; an explosion of heavy rain, frost, heat, uneven road, mud splattering, an attack of bouncing balls, an erratically opening and closing boot door and a finale of dry leaves blasting from the bonnet.

But in case the audience misses some of the action in this lively sequence, it plays again; but this time in slow motion.

In slower speed, accompanied by the cheerful soundtrack, it is now possible to take in all the colourful and playful details of this imaginative yet rigorous testing. Such as the large industrial heat lamps whose bright red lights vaporize the frost from the roof of the car, the robotic device at the rear which opens and closes the boot repeatedly, the brightly coloured balls flying from all directions and the headlights, break and fog lights swiftly moving on tracks either side of the KIA model, mimicking speeding neighbouring cars.

Although also visible in the normal speed version, the action happening inside of the car is now highlighted to reveal even more of the fun designs, such as the ‘dog-simulator’ character enthusiastically licking the window, leaving fake saliva generously sliding down the glass. Or the robot arm, which deliberately shakes a child’s drink flask recklessly, so that the purple liquid contents spills over the rear seats.

The playful film, directed by Rüdiger Kaltenhäuser, Kyle Obley and Darren McPherson from Glassworks’ Creative Studio, is packed with such a wide array of colourful and clever details it warrants rewatching many times to capture everything.

To ensure the vast amount of action could happen within the tightly timed sequence, it was necessary for the live action film to bypass traditional approaches, and therefore it was essential for it to be directed by a team with an in-depth VFX knowledge.

The trio of directors were able to tackle this complex shoot in the most efficient, yet aesthetically beautiful way by combining their specialist skills of seamless visual storytelling, design, directing, 2D and 3D supervision.

Rüdiger Kaltenhäuser, Director / Glassworks Head of 3D, says "All three of us come from a VFX artist background and enjoy bringing our extensive post experience onto set. From this respect, this was such a great script to bring to life, with so many areas of fun both to shoot and in post. We chose to capture a number of elements practically and had the chance to play with massive snow cannons, spray mud around and throw real bouncy balls at the client's car.”

With the benefit of an in-house animation team working alongside the directors, the shoot was planned ahead from a detailed pre-vis animation that allowed directors, agency and brand to see the film in action, before anything was shot.

The final result reflected this preparation and the directorial mix of technical and creative skills, allowed the team to combine the perfect blend of live action and CG elements necessary for each specific creative challenge. All CG elements were designed by Glassworks Amsterdam and the team also handled all VFX, animation and grading.

Chris Kiser, Glassworks Executive Producer, adds "This film was a perfect opportunity for the Glassworks team to apply our varied VFX, concept development, and on-set solutions to create a seamless execution of the agency's original concept. We relish the chance to mix computer-generated elements with beautifully captured photography and to give our in-house directing talent the resources needed to create a perfect mix of both worlds. We're excited to share this piece and to apply our learnings from this project to future opportunities."

7 Years in 7 seconds launches today and will be shown on TV and online in the Netherlands and internationally. 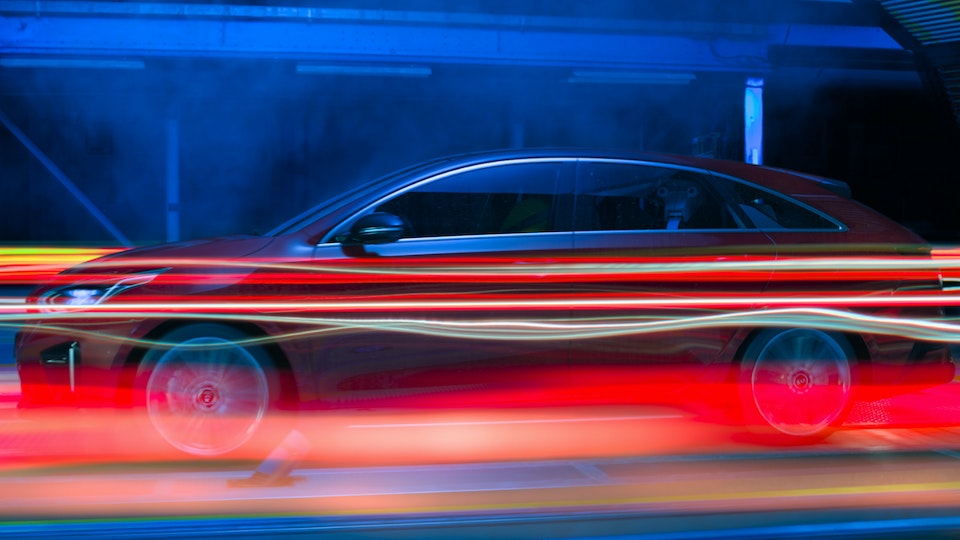