Glassworks is pleased to welcome two new members to their 2D team in Amsterdam. Huber has been appointed the role of Senior VFX Supervisor / Lead Compositor while Crompton joins as Compositor / 2D Artist. The two sat down to discuss a few of their favorite things and their take on the world of VFX in the Netherlands and beyond.

BH: First of all, how do you pick your fantastic sweaters?

NC: So a bit of background. I grew up in Tasmania in a tiny little town, but my mom was a fashion designer from Amsterdam. So, I got pretty used to wearing some weird clothes amongst all my farmer-kid schoolmates. So, I designed my own Leavers’ Dinner outfit with my mom. The Leavers’ Dinner is like a prom, so it’s basically what I wore to prom. I guess I’ve continued being interested in clothes, and I just find it fun. I get most of the jumpers on a site called Farfetch.

BH: It must also be a conversation piece at some point when you're working because I find that you don't just have one sweater or sweatshirt that’s unique, most of them seem to be different from what I see collectively from other people.

NC: Ha, yeah, I do get comments. I think Amsterdam fashion is a lot safer than in Sydney. It crossed my mind here to try and tone things down, but then I thought that would be even weirder if you just stopped wearing what you want to wear.

NC: This seems a bit redundant now, but I wanted to ask how you feel about striped T-shirts?

BH: That is a good question because I have one striped T-shirt which I wore in the US maybe twice. Both times I wore it I was made fun of immediately, but what I’ve found here in Amsterdam is quite the opposite. I wear it and people are like “ Oh, I like your shirt Blake” Or “That's a cool shirt!”. Don’t get me wrong because in the ’90s when I was an emo punk kid, striped shirts were all I wore and they were 5 sizes too big.

NC: Ha! This is like Nils and Blake’s pan-continental fashion tips.

BH: I know you’ve been learning Dutch, how’s that been going? More importantly, do you think that is something that will help you in the industry here?

NC: I don't know, I think with a language your skill level has to be quite high before you can work in it, but I did go on a date on the weekend and we spoke Dutch! I was going for that as part of the charm but I don’t know if there’s gonna be a second date.

NC: I have a serious question for you, Flame or Nuke? Which is better?

BH: Flame is what I have really been drawn to use. It took me so long to feel like I got a handle on it that it’s only recently that I’ve felt like I need to be more aware of Nuke because it’s playing such a big part of our landscape now within shot based workflows. I think it does some incredible things and I hope that Flame continues to piggyback on some of the features that Nuke has already implemented.

Also just as we’re talking about it, I think After Effects plays a part too because that’s how I started out. It unfairly gets a bad rap sometimes. I’m certainly happier on the Flame side, but I think with the right artist and the right environment, After Effects can do some amazing things and I think it’s nice that we’re in an era where each one of these software packages can help create some really amazing images and I think it’s the artist and their preference that drives creativity more than the software itself.

BH: You’re transitioning from Nuke to Flame, so now that you have a little bit more experience with both, do you see a big upside difference?

NC: I guess it’s just the whole ‘horses for courses’ kinda thing, but yeah they seem to have very different uses and I can definitely see lots and lots of advantages to Flame. The fact is you can do everything in one box whereas Nuke you’re depending on someone to dish you out shots.

NC: What advice would you give young people getting into the industry?

BH: That’s a good one! I think we have a problem today that young people, unfortunately, are learning everything in school and doing a really good job of mastering some of the technology and I think it’s incredible that they come out knowing a lot more of the software. However, I think they also have an expectation that because they know the software that they are going to get on the box and start hammering away and doing everything. What they don't realise is that the 20 plus years of experience, or the 15, 10, 5 years, that people have had before them, fill in those gaps and shortcomings that they will run into. Sure, you might know the software but there are so many experiences that we’ve built up having gone through one commercial after another that I just don't think they have the ability to handle right away.

So I think you have to give it time and that’s what I’m noticing about younger artists, they understand the software and can move around and do things and be super creative, but in tight production deadlines or client-facing environments, it gets a little bit trickier and that just takes practice. The advice is to know the software, but absorb what you can from your peers and whoever is mentoring you because there's a lot to pick up in production that you can't learn in school.

NC: Yeah that’s something I’m finding here with you and Kyle Obley (GW Amsterdam’s Head of 2D) with Flame. It’s so much easier and more valuable to learn the software around people who’ve used it for a long time.

BH: I’d say for anyone who’s trying to get onto the box in Flame, you still have to pay your dues. You will most likely start off with another software, whether it’s After Effects or Nuke or Fusion or Resolve, that gets you excited and you have to have the desire to get onto a Flame. It’s not something that you can just sit down and pick up.

‘Paying your dues’ for me was that I had to stay late after the Flame artist went home, but I think that has gone away, which is great. I think as people feel more entitled, their determination and drive to stick it out and figure out software after hours has faded a little bit because they don't have to. So until they start having a little bit of experience with it or seeing what it’s like when they're leading a session or leading a project, I think it’s hard for them to realise that.

BH: In your opinion, what do you find unique about Glassworks?

NC: I’ve worked in lots of different places; post houses, TV-stations, little production companies, and I’ve worked a lot independently. What appealed to me about Glassworks is on one hand it’s small compared to other bigger VFX places, and has a real sense of family, and after freelancing here for a couple of years, I really wanted to join and be a part of the gang, rather than just be a ‘ring-in’. And on the other hand, compared to a lot of my experience, it is full of proper specialists with many, many years of experience. Basically I wanted to work with people like you and Kyle and just absorb some of your knowledge. So it’s been a really big opportunity for me and I’m very happy to be here.

BH: When I first heard about Glassworks and was first invited to come over and chat, I did not think much from it… as I was not itching to get out of the US. After meeting with everyone here, I quickly felt the connection, which I think is somewhat unheard of within this industry. And I could also immediately see the connection everybody has here. The very fact that the Head of 2D gets along with the Head of 3D, and the Head of Colour, and all the producers coexist with all artists and have lunch together, hang out together, and are involved in each other's lives, in a way, truly shows that they respect one another both professionally and personally. I think it’s remarkable. I just feel honoured and flattered to be able to work with such talented and nice people that are so creative and so invested. And the work itself is very phenomenal. I think this company sometimes figures themselves as a little bit of a David kind of company (a la David vs Goliath) and I think we are more Goliath than we realize. We execute these projects and people would be surprised how small the actual team is that brings them to life.

BH: What is one particular experience or skill set, or the piece of you that you feel you can immediately contribute to Glassworks?

NC: I was brought on primarily to expand the motion design skills that are inhouse at Glassworks. And I suppose that’s because things are shifting a little bit in the context of the industry. The number of deliverables on a job is much higher now. It’s not just one TVC spot that’s gonna be good for the whole world. It’s getting more complex. I think VFX is being touched more by other areas. I’ve played lots of different roles in lots of different places and I think that’s how I can benefit Glassworks; by filling in some of the gaps, thinking a little bit on-the-fly and providing creative solutions.

BH: It’s not something that I set out to be good at, but I think over the years I have been able to handle tight deadlines and production schedules. They often go awry, and I’m able to roll with it and handle some of these alterations in schedules pretty easily. I have the ability to deliver big jobs and manage a production and a team of people. So, it’s something I’ve come to learn people lean on me for. I appreciate that and I'm happy to reciprocate and help people, do the same for them when they’re in sessions.

With over 20 years experience, Blake brings a keen eye and a varied skill set to VFX projects. His beginnings were in the world of design and 2D animation, which soon led to leading roles as a Flame artist on high end commercial projects. This perspective and background play a part in how Blake approaches a project, often with troubleshooting and exploration at the core of any assignment.

Blake’s career has spanned from New York to LA, both as staff and a sought out freelancer for hire. His reel contains work from a range of industry leading VFX shops such as MPC, Brand New School, Ntropic, Charlex, and Logan. In addition to his role on the box, Huber provides on-set VFX supervision, working closely with renowned directors and top agency creatives to achieve the best results for award winning work.

Nils brings 15 years of experience across film, television, and advertising industries to his new role with Glassworks in Amsterdam. His abilities bridge compositing and motion design, working independently and alongside larger teams within post-production and agency studios. Nils enjoys a range of other creative outlets such as producing music videos, making art for exhibitions, and programming films for a small cinema.

In the advertising world, Crompton has worked as an editor & motion designer for clients such as: Wieden+Kennedy, Saatchi & Saatchi, Wunderman, Leo Burnett, Ogilvy, DDB, BWM, Hackett Films, and Wenneker, amongst others. 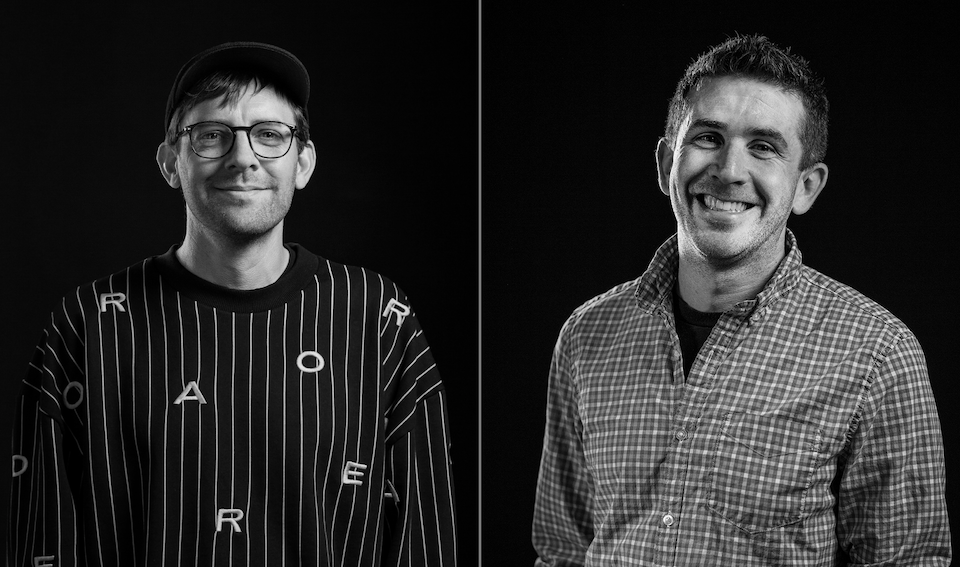