Glassworks Amsterdam lead colourist talks about the key to creating the right mood and how his craft has changed over the years.

Scott Harris has been grading for almost 20 years now. In that time what being a colourist looks like has changed drastically - more so than many other disciplines, arguably, because grading is such technologically driven craft. His grading suite now, as lead colourist at Glassworks Amsterdam, likely looks quite different to the suites of late ‘90s Sydney, where he first started in telecine. But what have these changes actually done to the art of creating the right mood through grading?

LBB’s Alex Reeves asked Scott to ponder what’s changed and what will always endure about his craft.

LBB> What's the importance of mood in colour and how has this changed in recent years?
Scott> Creating the right mood for a project will always be the first priority. Though once we find it, I like to believe that it should not restrain us from pushing the boundaries and finding a style “all of its own”. Mood and tone are the cornerstones of colour.  I believe that’s as true today as any time in the past. Whilst we are all looking for that grade that will stand the test of time, there is a beauty, and even some fun in being able to recognise and admire grades from another time, another era.

LBB> How have the changes in technology in recent years affected the way you grade?
Scott> As we all know, since the digital revolution, the move away from film and the emergence of the powerful grading platforms we use now has changed the game. This is not to say that the “essence” of grading has changed. Graders still need to understand the base image they are working with, and how that will react to being transformed into the desired grade. Most importantly, I think that any grader, regardless of platform, still needs to have the ability to create a beautiful image from primary grading. If they can do that, then all the other tools offered today in Baselight and Resolve can be used as enhancement tools. Maybe that’s just a long-winded way of saying that I believe the basic principles of setting up the grade have not really changed that much, but everything else around those principles has changed so much it’s become another world.

LBB> What muscles do you have to flex now that you didn't use to so much?
Scott> That’s an interesting one. I would say in general, even though grading is a very collaborative process, I would always stand up for what I believe when it comes to colour. Having said that, overlap and interaction has become very much commonplace between grade and VFX on almost every project these days. It’s become extremely important for a grader to know a lot more about the other processes that are downstream in the pipeline from them, and maybe more importantly, possess the ability to convey the right information to the clients in the room. VFX projects can be a back and forth process, and being able to put clients at ease with that process, whilst grading plates at an early stage, is often key.

LBB> How has the rest of the VFX team reacted to these changes and how have they learnt to work with colour more?
Scott> This is going to sound like a company line, but it’s not! I am so fortunate to work with one of the most talented, openly creative and collaborative VFX teams that I’ve ever been part of. Being ‘part of’ the VFX team is surely a departure from the past, and a welcome change for the better in my opinion. I work very closely with 2D and 3D to ensure that we not only have correct colour workflows for the projects, but are also nurturing that open and collaborative working environment. Without fail it ends up with a better run project, a better outcome, and the added benefit of forging closer friendships at work that transcend work hours.

LBB> In what ways were the old ways better?
Scott> Ahh, the old days! Certainly there are some things I miss, but I must say, there are not many.If I could choose one thing, the one thing that I think is to our detriment, is the lack of time. Time to consider the image and the colour process. Previously, there was a lot more time spent with directors, DOPs and creatives during the setup time and leading into jobs. Everyone is so time poor now, which can have a knock on effect of losing some of the thought and reflection at the beginning of a new project.

LBB> And how is it better now?
Scott> Almost everything! Sure, I would love more time on grades, but who wouldn’t? Of course, I would love to see more film based projects. In fact we’re seeing a mini renaissance among younger directors and DOPs. They clearly see the beauty of shooting with and grading celluloid. It’s a process they don’t want just resigned to the past. That said, I think that grading now has never been in a more healthy position than in this digital world. The platforms on which we grade are incredibly powerful, giving us access to create and collaborate in ways we never could before. I also believe that with the digital revolution, access has never been greater for young or aspiring graders and as such, companies like Glassworks have a unique opportunity to spot, nurture and grow this young talent within our ranks.

LBB> Are there any recent projects that illustrate this all particularly well?
Scott> I think the perfect illustration for all of this is ‘Penny’. A primarily 3D job, but one that was setup by 2D and grade for colour workflow. Everyone in the building had their input on this job, and it is a great example of the kind of result that can be achieved when you have an open door policy to creativity as well as the creative input from each department. 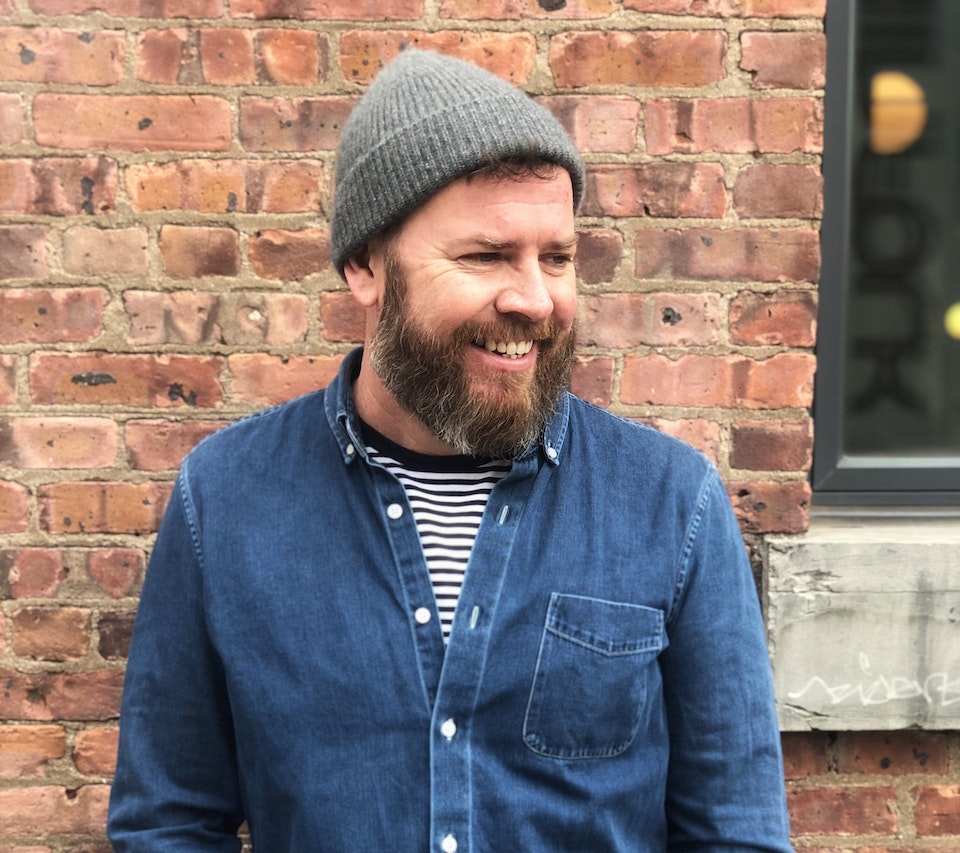