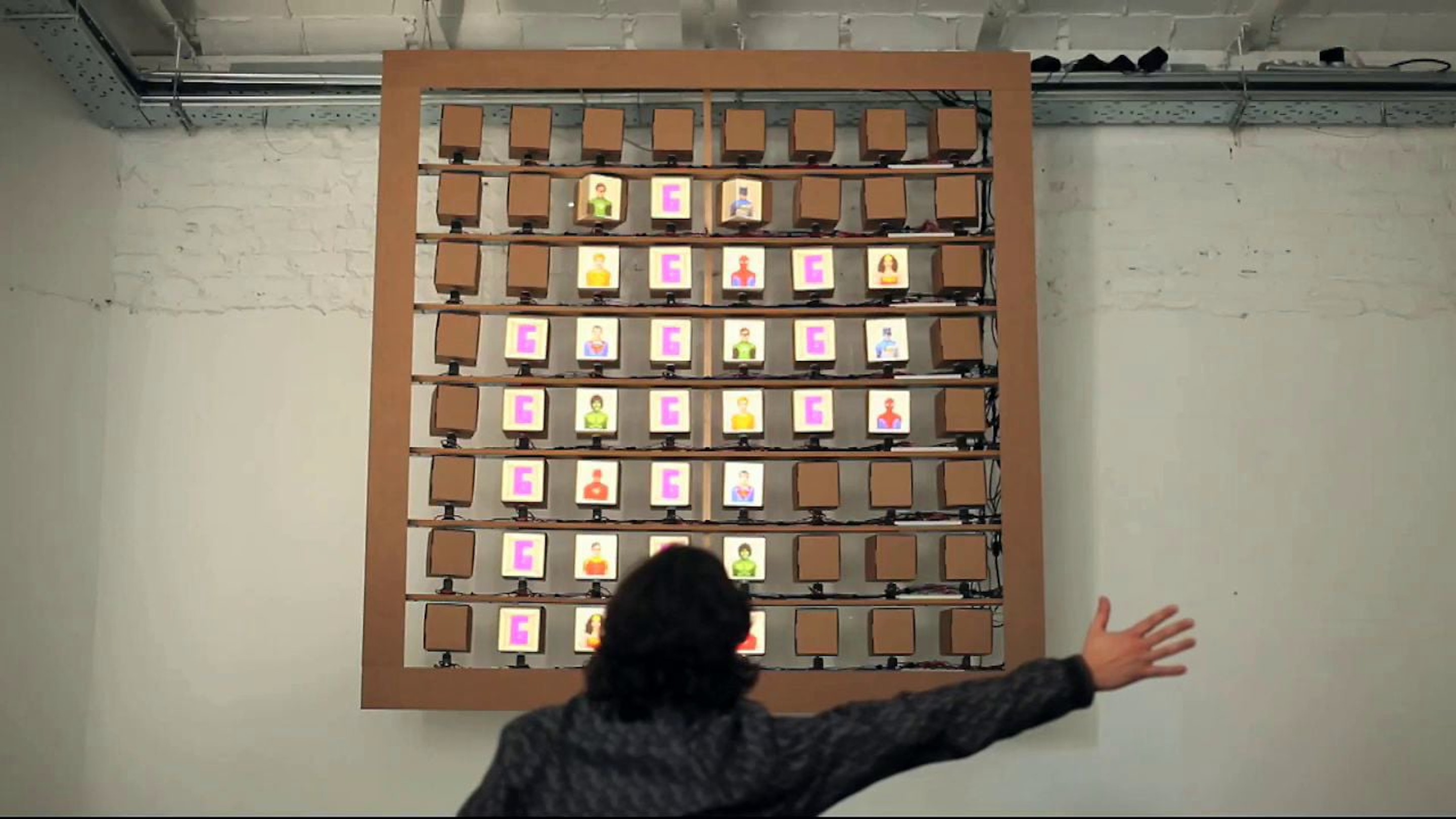 Xavi's Lab, the Special Projects division of Glassworks Barcelona, have created some pretty cool stuff but this time they have surpassed themselves.

We are very proud to present Cubepix, a fully interactive and real-time 4D projection mapping package. It has been conceived and developed entirely by our resident Spanish tech-genius Xavi Tribo, always at the forefront of emerging technologies and wizardry.

Shown here in prototype form, it has been devised using a secret recipe of Xavi's, combining a projector, a Microsoft Kinect, 8 Arduino boards, 64 servo motors, 64 cardboard boxes and bucket-loads of brainpower.

Using all of the above, users are able to interact and influence the way the boxes move and are illuminated. Not only that, the software knows how and when the boxes are going to turn and projects onto them accordingly. The results are stunning and great fun.

The film below is just (we say just, it's pretty damn cool) Xavi's prototype but its potential for use in interactive and experiential advertising is really exciting. Glassworks always strives to be at the forefront of new and exciting ways these cutting-edge technologies (in this instance, conceived by Glassworks) can further and excite the industry we work in.